Canterbury and the Abbots Barton....

Durovermum Cantiacorum gained its English name Canterbury, itself derived from the Old English Cantwareburh after it became the chief Jutish settlement in the 1st century AD.
After The Kingdom of Kent's conversion to Christianity in 597, St Augustine founded an episcopa and became the first Archbishop of Canterbury. A position that now heads the Church of England and the worldwide Anglican Communion. 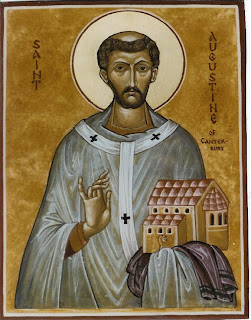 Thomas Beckets murder at Canterbury Cathedral in 1170 led to the cathedral becoming a place of pilgrimage for Christians worldwide. It is this pilgrimage that provided the theme for Geoffery Chaucer’s 14th Century literary classic The Canterbury Tales. The literary heritage continued with the birth of the playwright Christopher Marlowe in the city in the 16th Century.

The Black Death hit Canterbury in 1348. At 10,000 Canterbury had the 10th largest population in England. By the early 16th Century the population had fallen to 3,000.

During the dissolution of the monasteries, the city’s priory, nunnery and three friaries were closed. St Augustine’s Abbey was surrendered to the Crown and its church and cloister were levelled. Thomas Beckets shrine in the Cathedral was demolished and all the gold, silver and jewels were removed to the Tower of London, and Beckets images, name and feasts were obliterated throughout the kingdom, ending the pilgrimages.

Bringing you more up to date, during the Second World War, 10,445 bombs were dropped during 135 separate raids destroying 731 homes and 296 other buildings in the city. The most devastating raid happened on the 1st June 1942 during the Baedecker Blitz.

The 1980's saw visits from Pope John Paul II and Queen Elizabeth II, and the beginning of the annual Canterbury Festival. 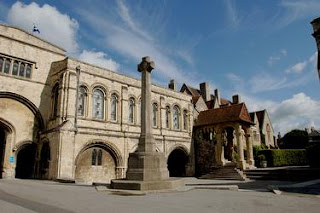 Many historical structures remain in the city, including a city wall founded in Roman times and rebuilt in the 14th Century, the ruins of St Augustine’s Abbey and a Norman Castle, and perhaps the oldest school in England, the Kings School.
So where does the Abbots Barton fit into all of this history? Well, the original building was erected around the1830's as a private home on the site of the Barley Farm of St Augustine (previously known as Westfield House). It became a hotel in 1927 and has since expanded to its present size. 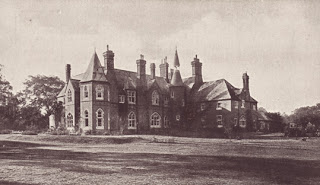 Acquired in 1998 by the Sangiuseppe family and closed in 2000 for complete refurbishment for almost two years the hotel re-opened to a high-end 3 star standard under the Best Western brand in 2002.
The hotel had been beautifully brought back to life, having taken care to keep the character of the building and its many original features.

The Cathedral Suite offers beautiful surroundings ideal for hosting any event or conference with views and access to the terrace and gardens.

The Westfield Bar and lounges offer a relaxing place to enjoy a coffee or a bite to eat with friends, or business colleagues with free wifi throughout and a snack menu offering locally and ethically sourced seasonal produce.

The Fountain Restaurant, a popular place to dine with residents and locals, also offers a menu reflecting the seasons that is modern British again using locally and ethically sourced produce where possible with a grill section with steaks from the award winning Butcher of Brogdale. It is the ideal setting for a romantic dinner for two or a get together with family, friends or business colleagues. Why not have a look..... 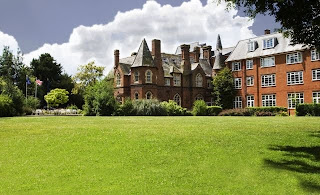 The plans for the hotel aren’t done quite yet however! The near future holds an expansion to the hotel which includes more function space, a private function bar, spa and leisure facilities along with additional accommodation at a 4 star standard making this Canterbury’s premier city hotel.

The Abbots Barton is an amazing venue, with our team ready and willing to give you a warm welcome and make you feel at home, whatever your reason for visiting us. We are open to non-residents too so feel free to take a stroll up our driveway and come and say hello. We are confident you'll be pleased you did.